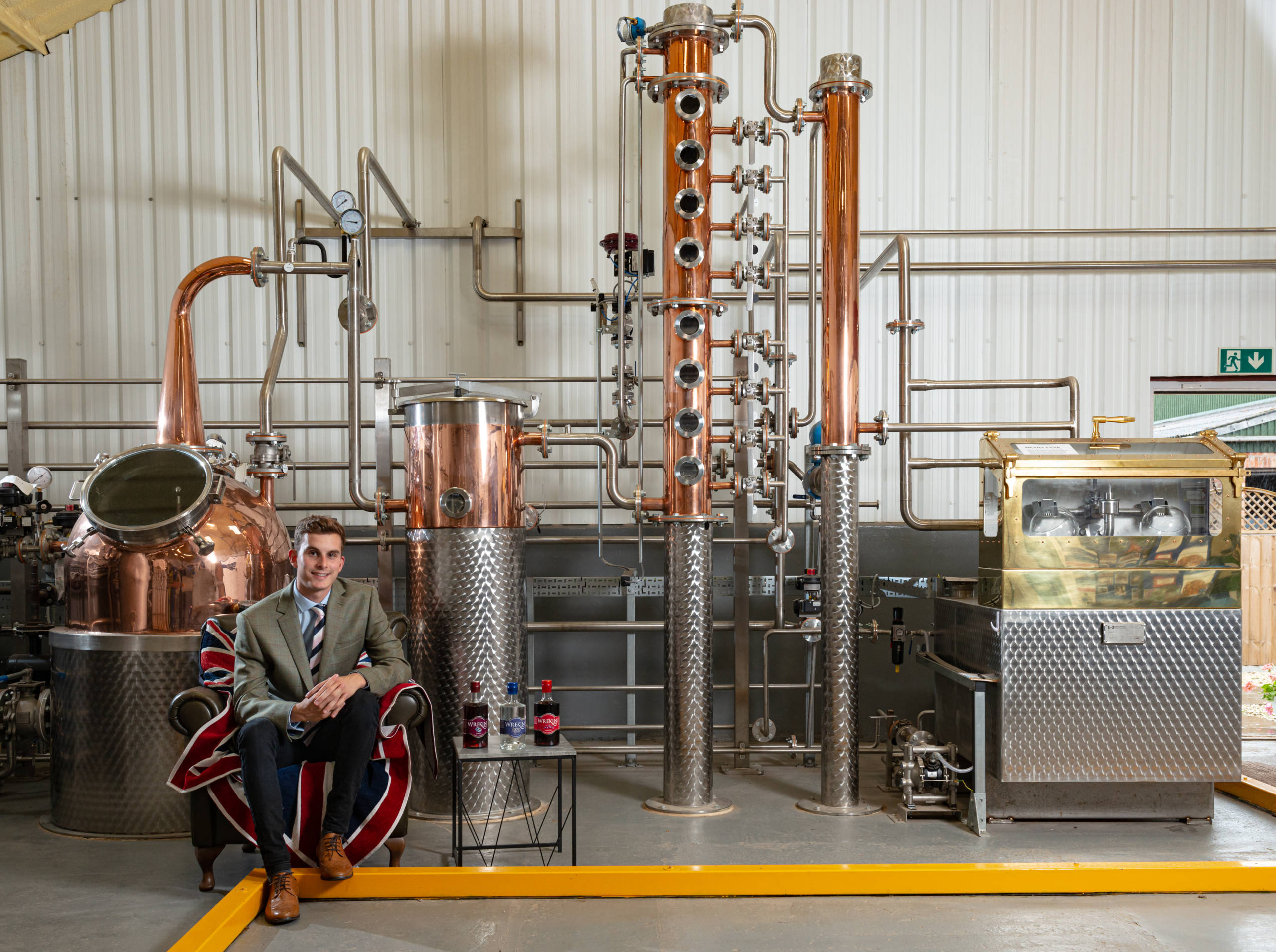 We started the journey of Wrekin Spirit in January 2018; Isabel and her sister visited a Distillery & Gin School and on the journey home the planning began.

A learning curve with father Bruce at hand to help with the plans & groundworks inviting professionals to get involved to help with the technicalities of setting up a Distillery,  plenty of research into the processes of Gin making with family and friends enjoying helping with the tastings.

2 years flew past and Wrekin Spirit is complete, we now look forward to welcoming you. We named the business to include the Famous Shropshire Landmark The Wrekin, as you arrive at The Distillery you will see a beautiful picturesque view of The Wrekin. For those of you who are not local to the area it is a large hill in the middle of Shropshire which rises some 407 metres.

Legend has it, The Wrekin was built by a Welsh Giant with a grudge against the people of Shrewsbury. One day he hatched an evil plan to get rid of the people and their town, he dug a spadeful of earth and set off across the mountains. The earth was heavy and the giant was lost, he came across a Cobbler who was heading towards Wellington, he was weighed down by the worn shoes he had collected from Shrewsbury. The Giant called out to the cobbler and asked him where Shrewsbury was “what business do you have here” The Cobbler replied.    “I am to dam up the River Severn with this soil and wash the town away".   The Cobbler told the Giant he was way off course!  Shrewsbury was a long long way away; the Giant was already tired and asked what he suggests he does.

The Cobbler suggested he dumped the soil where he was, which was exactly what he did.  And having placed the soil on the Shropshire plain, The Wrekin was created and named after this Giant. The Wrekin Giant then cleaned the mud off his boots which became The Ercall next to The Wrekin.  The Giant then headed back home to Wales.

Wrekin Spirit is set on our 4th Generation family run farm, we run Wrekin Spirit Distillery with the same Family Spirit as the farm. Managing the distillery is director Isabel alongside her son Sam who has taken on the role as general manager since his return from university is June 2021. Isabel's' husband Richard acts as groundsman & chief bar man, quite enjoying serving on the other side of the bar to where you might normally find him, also eldest son Harvey and youngest son Fred help out when needed. Sam runs the business on a day to day basis dealing with the ins and outs of business life. This family run business very much looks forward to you visiting us and seeing how our distillery works & sampling our Gins all within the grounds of the beautiful Shropshire Countryside. 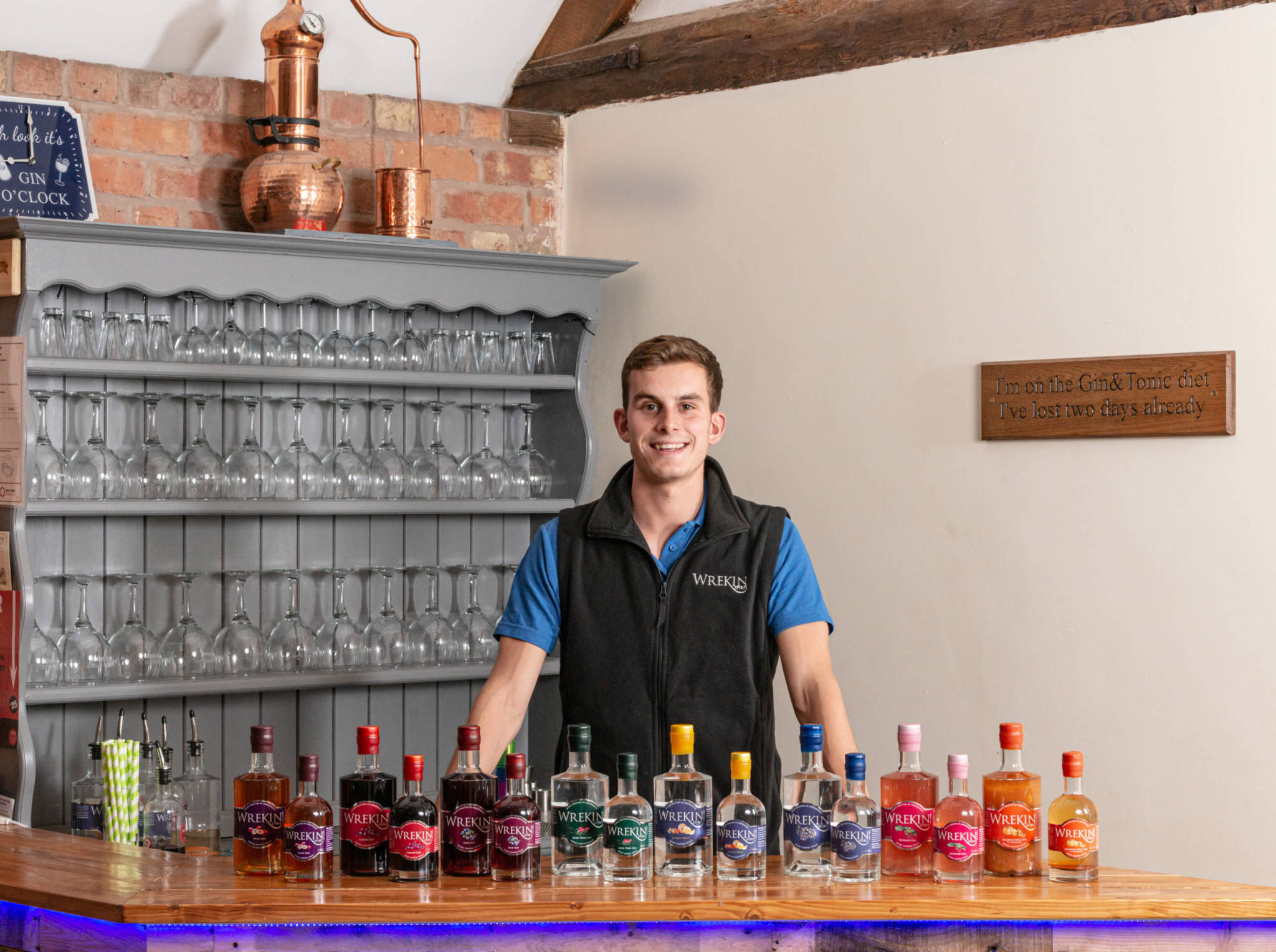 Visit our distillery and see how we make our gins in our countryside setting.

Purchase vouchers to be used for Gin, Tours or our Gin School

Create your own gin from botanicals of your choice, to enjoy at home.